Munich (Bavaria; Germany), Englischer Garten (aka "English Garden"), late January 2010: A group of trees, bared of summer's lush foilage, with snow and sleet clinging to the bark on a bleak and bonechilling winter's day, on the edge of an open meadow in Englischer Garten, Munich's magnificent woodland park.

Not unlike a group of friends, still undecided in pondering where to have the first whiskey on a night on the town. 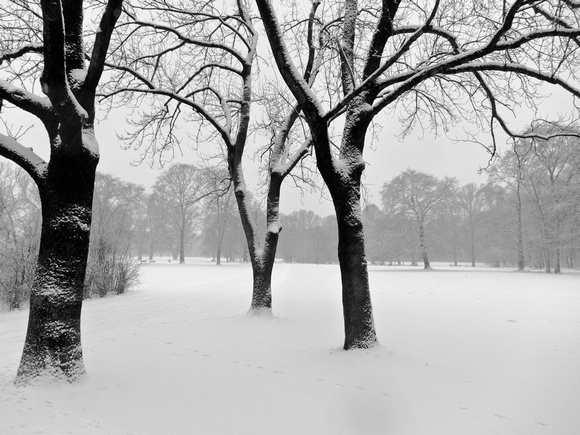